Peroneus tertius rupture in horses can be caused due to a traumatic injury. 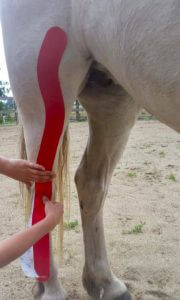 The rupture of the fibularis (peroneus) tertius, is a condition that can often be rehabbed well over time, provided that the therapy management is well panned. The peroneus tertius is a tendon in the hind limb of the horse. It originates on the femur of the horse and extends across the tibia to the metatarsal region.

The tendon is part of the reciprocal apparatus of the hindlimb to coordinate the flexion of the hock and stifle joints at the same time. If the peroneus tertius is ruptured, the joints can be moved independently from one another. 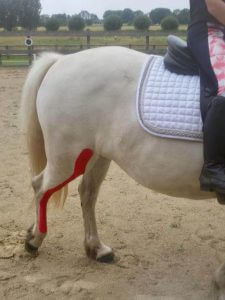 In most cases, the rupture is caused by a trauma, for example slipping on wet ground, falling down, running into an object like a solid fence. By getting caught in a wire, also a laceration can be the cause of a rupture.
It has also been seen that equine hyperextend the hind limb while trying to jump out of the stable or the arena and get a leg caught on the door.

Symptoms of the fibularis tertius rupture

There are typical clinical signs for this particular injury. The horse is able to extend the hock while the stifle is flexed. Weight bearing on the affected limb is possible, but in the trot there is usually an evident lameness with delayed protraction of the limb due to overextension of the hock.
Swelling in the area of the rupture and a characteristic dimple in the caudal muscles of the affected limb can be seen. 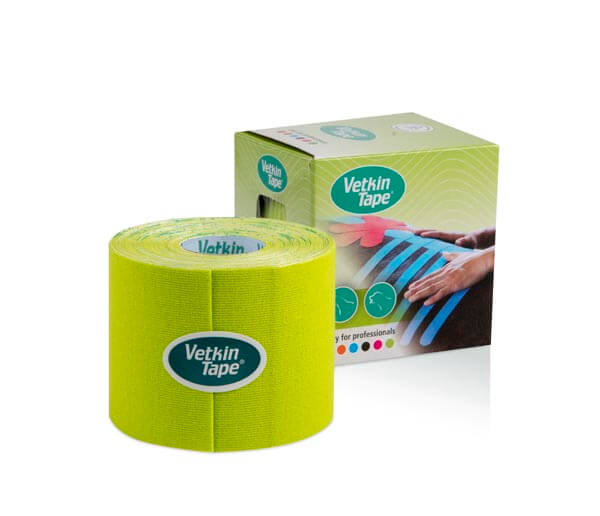 Safety precautions
The prognosis of a peroneus tertius rupture in a horse is usually good. The healing process depends on the location and the degree of the rupture and other injured muscles involved. An application with VetkinTape can support the process and support the tissues for the process if reintroduction to exercise.
Restoring the mobility and strength of all involved structures and the flexion angle of the hock is essential for the equine body health.
Additionally to the VetkinTape application, a controlled exercise program including walking over poles (ridden or hand-walked), cavaletti work, training with a whip and using tactile stimulation devices is recommend. The use of a therapeutic laser has been positive as well. 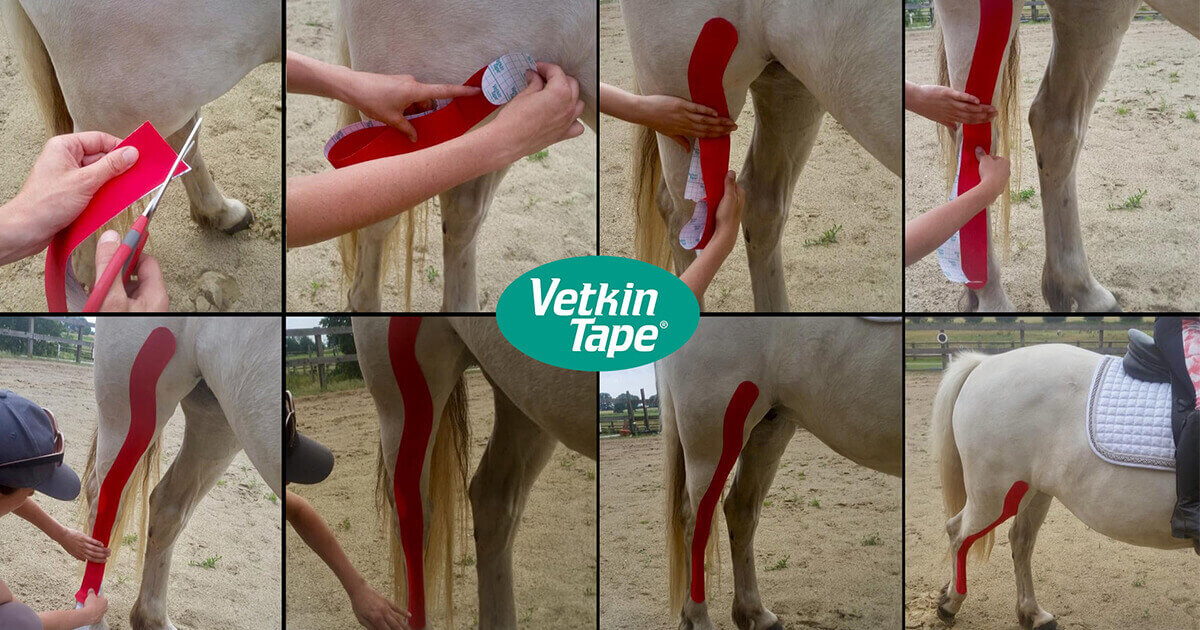 Step by step instructions of how to apply tape for this particular condition to use during rehab exercises with the horse. If you prefer the application to stay on for a few days in a row, it is recommended to use less tension.
1. Cut one long stripe of tape, according to the horses proportion
2. Start the application over the fossa extensor of the femur (origin of peroneus tertius), applying with no stretch
3. Stretch the active part about 50% and apply the tape towards the third metatarsus
4. End the application with no stretch over the dorsal part of the third metatarsus (just in its proximal part). 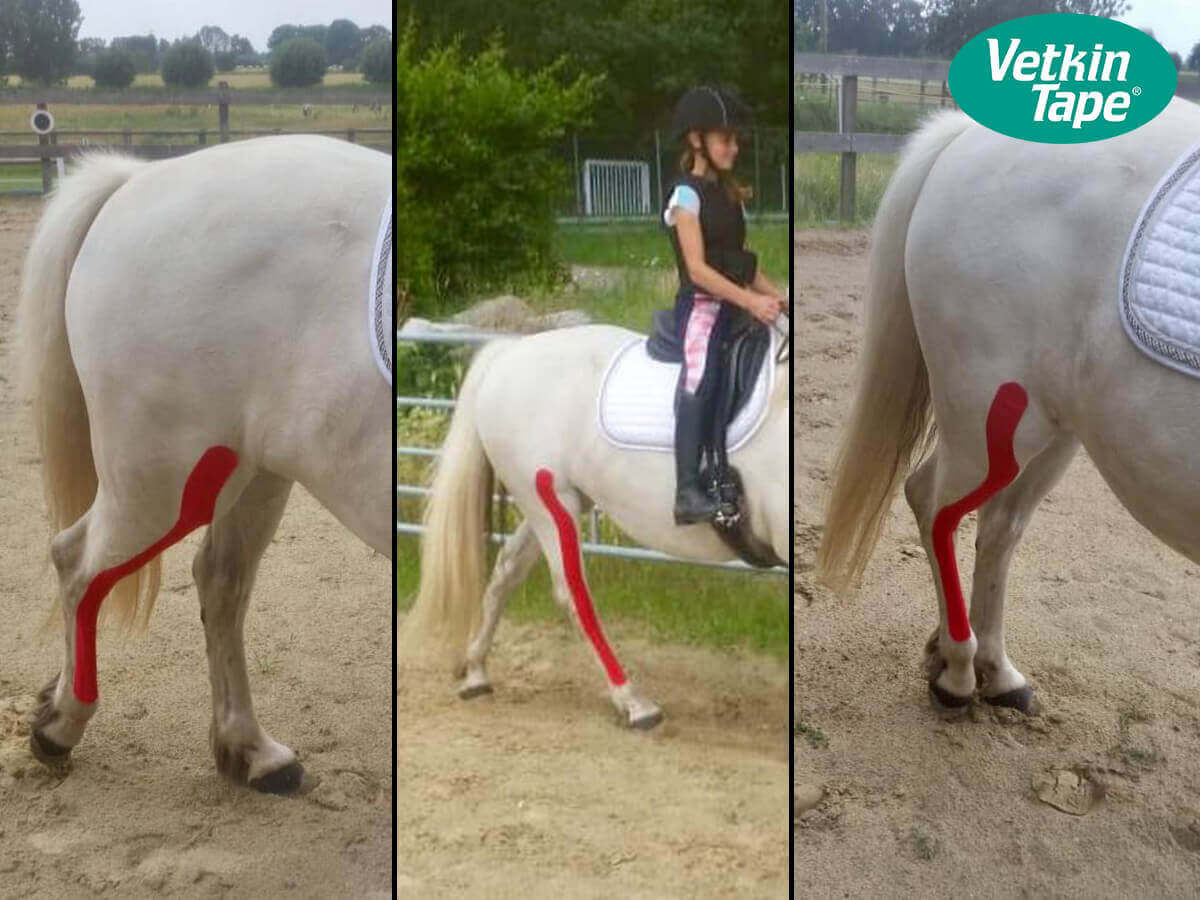 Attention: We would like to remind you that certain tape applications, provided on our website are not yet fully scientifically proven. Mentioned applications are based on extensive evaluation and case studies with licensed veterinary physiotherapists and/or other veterinary professionals.

Want to shop in our US store?

It looks to us as if you are shopping from the USA. Why not shop there?
Stay here
Go to .US website